Skip to content
Keep up with the latest on RCMAR/CHIME! 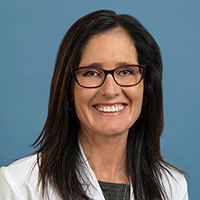 Dr. Sarkisian, Professor at the David Geffen School of Medicine and Staff Physician at the Greater Los Angeles VA Healthcare System, attended Princeton University (’89 Philosophy), subsequently graduated from the UCSF School of Medicine in 1993, and completed her internship and residency in Primary Care Internal Medicine at The New York Hospital/Cornell Medical Center. After spending 1 year on the faculty at Jacobi Hospital/Albert Einstein College of Medicine in the Bronx, she became a UCLA Robert Wood Johnson Clinical Scholar, and completed a masters degree in Health Services at the UCLA School of Public Health. She completed a 1-year clinical geriatrics fellowship at the UCLA Multicampus Program in Geriatrics and Gerontology, and joined the faculty in the UCLA Division of Geriatrics as a Clinician Scientist in 2000. In July, 2008, she received tenure and joined the Greater Los Angeles VA Healthcare System, where she maintains a joint appointment with UCLA.